Guaranteed to Arrive Before Valentines Day if you order now!

Many years ago a huge meteor tumbled to Earth and left a big crater out in the Arizona desert. In 1893, within this crater, Noble Prize winning French scientist Henri Moissan found what he thought was the most spectacular diamond he had ever discovered. Turns out it was not an earthly diamond at all, but instead something characteristically exact, but from outer space!!

He took his sample to the lab and discovered it was silicon carbide; a substance as hard and as spectacular as diamond. Only a few labs are licensed to grow these 'Nite Diamonds and we have secured a small supply of some brilliant stones at an incredible price.

Moissanite has become the most popular simulated diamond on the market today, as it's literally impossible to tell the difference from a mined earth diamond. It has incredible color, weight, clarity and this solitaire cut will send sparkles throughout the room when you arrive.

All items come with an official GRA certificate.

Analysis of the silicon carbide grains found in moissanite indicate an extraterrestrial origin from outside our solar system. Silicon carbide is commonly found around giant branch stars.

On the Mohs scale of mineral hardness (with diamond as the upper extreme at 10) moissanite is rated as 9.25. As a diamond alternative, Moissanite has visual properties exceeding those of diamond. Because they are able to be grown in controlled environments using advanced technology, moissanites require absolutely no mining to produce. Therefore, their origins are easily traceable. Compared with natural gemstones, lab created moissanites have a smaller carbon footprint and result in less environmental impact. Fine jewelry made with moissanites and recycled metals is a responsible choice.

It is marketed as a lower price alternative to diamond that does not involve the expensive mining practices used for the extraction of natural diamonds. As some of its properties are quite similar to diamond, moissanite has been used as counterfeit diamond.

The ability of a gemstone to reflect white light is known as its brilliance. How much light a gem reflects is its Refractive Index (RI). Moissanite is unique from diamonds because it reflects more light. Moissanite is also less likely to attract dirt and grime than a diamond and stays more brilliant between cleanings.

These are so beautiful! Excellent purchase! ❤️

These sparkle very well in the light. I'd definitely recommend these to anyone. the different sizes allow you to stack them up your ear if you have multiple ear piercings. Shipping was pretty fast. 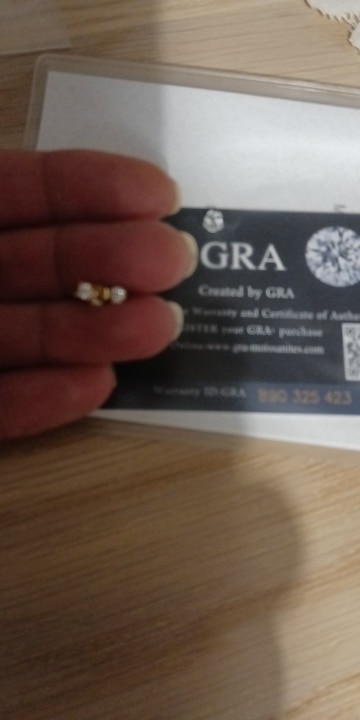 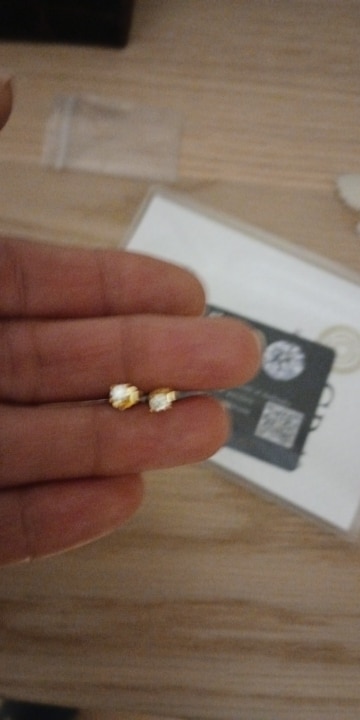